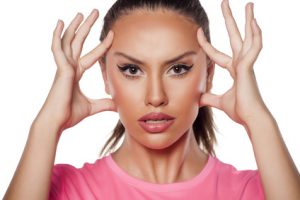 Over the years, the face changes: its subcutaneous adipose tissue reduces, the skin is changing, its excess is forming, tissues decline. The facial form from “V” changes into the rectangular, the clear line of the underjaw disappears, the skin is pendulous, the edges of the subcutaneous muscle are visible. In correcting these age-related changes, the facial plastic surgery is performed – the facelift (rhytidectomy). Although it is one of the most complex aesthetic surgeries, at the same time it is one of the most effective surgeries. During the so-called “facelift“, the formed excess skin is removed, the sagging tissues are lifted, the subcutaneous fat layer is formed.

Facelift is performed under general anesthesia, although sometimes local anesthesia with sedation is used. The surgery takes 3 – 5 hours. The incisions are made around the ears, in the hairy head part, so that would be less noticeable, sometimes, when it is necessary to fix the chin area (to sew hanging muscles, remove excess fat), additional incisions are made in the lower part of the chin, in the natural wrinkle. During the surgery, the patches of skin and subcutaneous tissue are distributed. Fascia is lifted, the superficial muscle of the lower part of the chin is lifted, fats are sucked, excess skin and subcutaneous tissues are removed.

Typical classic facial plastic surgery (facelift) is one of the oldest and most effective aesthetic beauty surgeries. It is performed for more than 100 years, and its results are very good, and satisfy even the most demanding patients. Classic rhytidectomy is intended to correct the lower third of the face and the area of the lower part of the chin. The age-related changes are very visible in this area, and their correction is especially effective because the sagging tissues are lifted to their former. 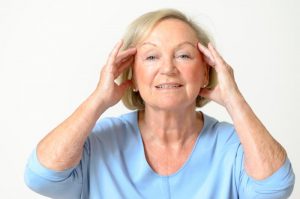 It was determined that, when sagging, the superficial tissues of the facial subcutaneous layer change the shape of the face – the cheeks collapse, the skin falls on the wrinkle of nose-lips, the pronounced jaw line disappears, the skin wrinkles appear in the lower part of the chin due to excess skin and sagging muscle, the beautiful chin – neck angle disappears. The following problems are corrected during the facial plastic surgery: the excess skin is removed, the sagging fascia is lifted, the muscle of the lower part of the chin (platysma) is lifted, therefore, the result is very good and long-lasting.