Fat grafting surgeries are the procedures in which the fat is taken from one area of the body and grafted to another. Thanks to the American surgeon Sydney Coleman, who created and introduced new principles in fat taking and grafting, the modern fat grafting procedure has become very popular. Long-term results have shown the effectiveness of this procedure not only in correcting the body shape, but also in giving stunning rejuvenation results. Special cells in the fat have a very positive effect on the tissues, restore them, slow down the aging processes.

How the procedure is performed:

The fat for grafting is taken with a special syringe, without any device. This is done so that the tissue would be affected as little as possible and would remain viable. The taken fat is specially prepared for grafting – are centrifuged, washed, etc. (there are several methods), 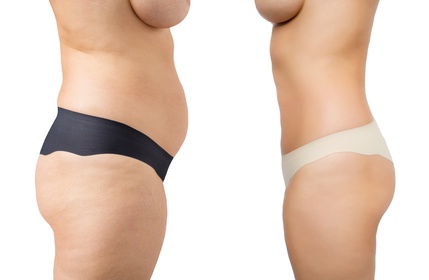 in order to separate the blood, decomposed fats and fluids. The fat tissue prepared in this way, using the special syringe and cannula, is grafted into the new area of the body. The grafted quantity may vary from a few milliliters (face, hands) to several hundred milliliters (breasts, buttocks). Since modern methods allow grafting of large quantities of fat tissue, which successfully naturalize, recently, the breast shape correction with the own fat becomes increasingly popular. The main disadvantage of the fat grafting surgery is that not all the grafted tissue naturalizes. Although about 30 – 70 percent of the grafted tissue naturalizes, and it is considered that such result is good, the repeated procedures are very common.

I was the first who started to apply the fat grafting procedure in Lithuania in 1996. At that time, synthetic fillers were not as popular as currently. Previously, this method had many opponents, whose main argument was that fat does not adapt. However, the long-term experience and observations have shown that the opposite is true – the fat naturalizes and remains at all times, and the special cells contained in it have a very positive effect on the grafted area: the skin remains brighter, wrinkle-free, in other words, it is timeless.
Recently, as the cell sciences actively develops, it became apparent that precisely the fat tissue is one of the reservoirs of the special cells in our body. Namely they perform this “rejuvenating” work.
At present, the fat grafting surgeries are widely applied in various fields. Such procedures are used in body contouring, breast, buttocks areas, intimate surgery (for the correction of the penis shape, of the external female genital organs). It is very popular to perform two surgeries at the same time, in which the fat is removed from the accumulation in unwanted places (waist, hips, thighs, abdomen) and is grafted into another body area (for women – into breasts, buttocks, forming a nice, oval shape; for men – in correcting the muscle form in the areas of chest, upper arm and so on).